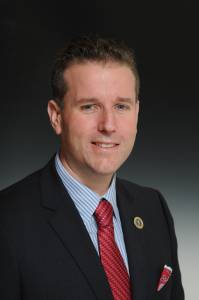 He served as State Director for U.S. Senator Frank Lautenberg from 2007 until his passing in 2013. Previously, he was District Director for U.S. Congressmen Bill Pascrell and Steve Rothman and Communications Director for the New Jersey Department of Transportation. Commissioner Gill chairs the Democratic Committee of Montclair where he previously served on the Planning Board and currently operates his own public affairs and political consulting firm, The BGill Group, LLC.

He is an active member of his community and has been recognized for his leadership and public service. In 2017, he was named to the NJBIZ Power 100 list and named Political Operative of the Year for 2016 and 2017 by Insider NJ. In 2014 and 2015, he was named New Jersey’s Most Powerful Elected Official by PolitickerNJ. Commissioner Gill resides in Montclair with his wife and two young children.