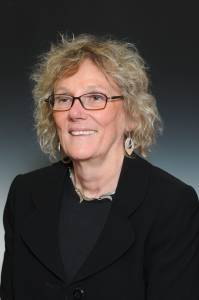 Commissioner Sebold taught English at West Orange High School from 1970 until her retirement in 2001. She served on the Essex County Vocational Schools Board of Education, as Commissioner on the Essex County Board of Elections, and as Chair of the Livingston Democratic Municipal Committee, a position she has held since 1976. She was also a Delegate to the National Democratic Convention in 1980, 1992, 1996, 2000, and 2008. She was placed on a Committee at the Democratic National Convention in 1988 and 2004.

Commissioner Sebold is a member of the League of Women Voters, the Sierra Club, the United Jewish Communities of MetroWest, and the Jewish Community Housing Corporation. She earned her degree in English and Education from Upsala College.