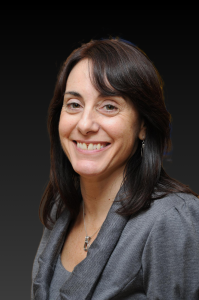 DEPUTY CLERK OF THE ESSEX COUNTY BOARD OF COUNTY COMMISSIONERS

DEBRA ANN MARVEL began her career with the County of Essex in 1978, as a Senior Clerk Transcriber in the Probation Department. In 1981, she moved to the Board of Chosen Freeholders, where she has served as Principal Clerk Typist, Supervising Clerk Typist, Administrative Secretary, and Interim Clerk. She presently serves as Deputy Clerk to the Board.

She has worked under the administration of five County Executives, seven Freeholder Presidents, and three County Clerks. In April of 2012, Ms. Marvel completed the course of study for New Jersey Registered Municipal Clerk certification, and in May of 2012, she graduated from Montclair State University with a bachelor’s degree in Political Science, and a minor in Public Administration. In 2008, Ms. Marvel was asked to serve as Shop Steward for International Brotherhood of Electrical Workers, AFL-CIO (IBEW) Local 1158, and on June of 2010, she was elected President.

She also serves as a trustee of its pension and welfare board. As president of IBEW, she has been instrumental in negotiating and ratifying contracts and has recently become involved with WILD (Women in Leadership Development) through the New Jersey AFL-CIO.

Born in the Vailsburg section of Newark, Ms. Marvel is a lifelong resident of Essex County and currently resides in the Township of Belleville.