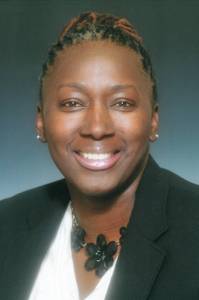 She served as the Chief of Staff to the Honorable Dwayne D. Warren, Esq., Mayor of the City of Orange Township since 2012. Prior to joining the City of Orange Township, Commissioner Cooper served as the Chief Executive Officer of the Camden Empowerment Corporation (CEC), where she was responsible for managing the daily activities of the Corporation and implementing its strategic plan.

While serving as the Chief Executive Officer of the Camden Empowerment Corporation (CEC), she was selected by President Barack Obama’s Administration to Chair a Panel on Community & Economic Development and Job Creation from 2010 to 2013.

In addition, she is a certified Purchasing Agent with the State of New Jersey and holds a graduate certification in Geographic Information Systems/Urban Planning and Policy from Rutgers University, along with numerous certificates for grant writing, grant administration, and fund development. She also volunteers as a mentor to disadvantaged youth under the supervision of the New Jersey Division of Youth and Family Services (DYFS) and raises funds to support homelessness and disabled veterans.